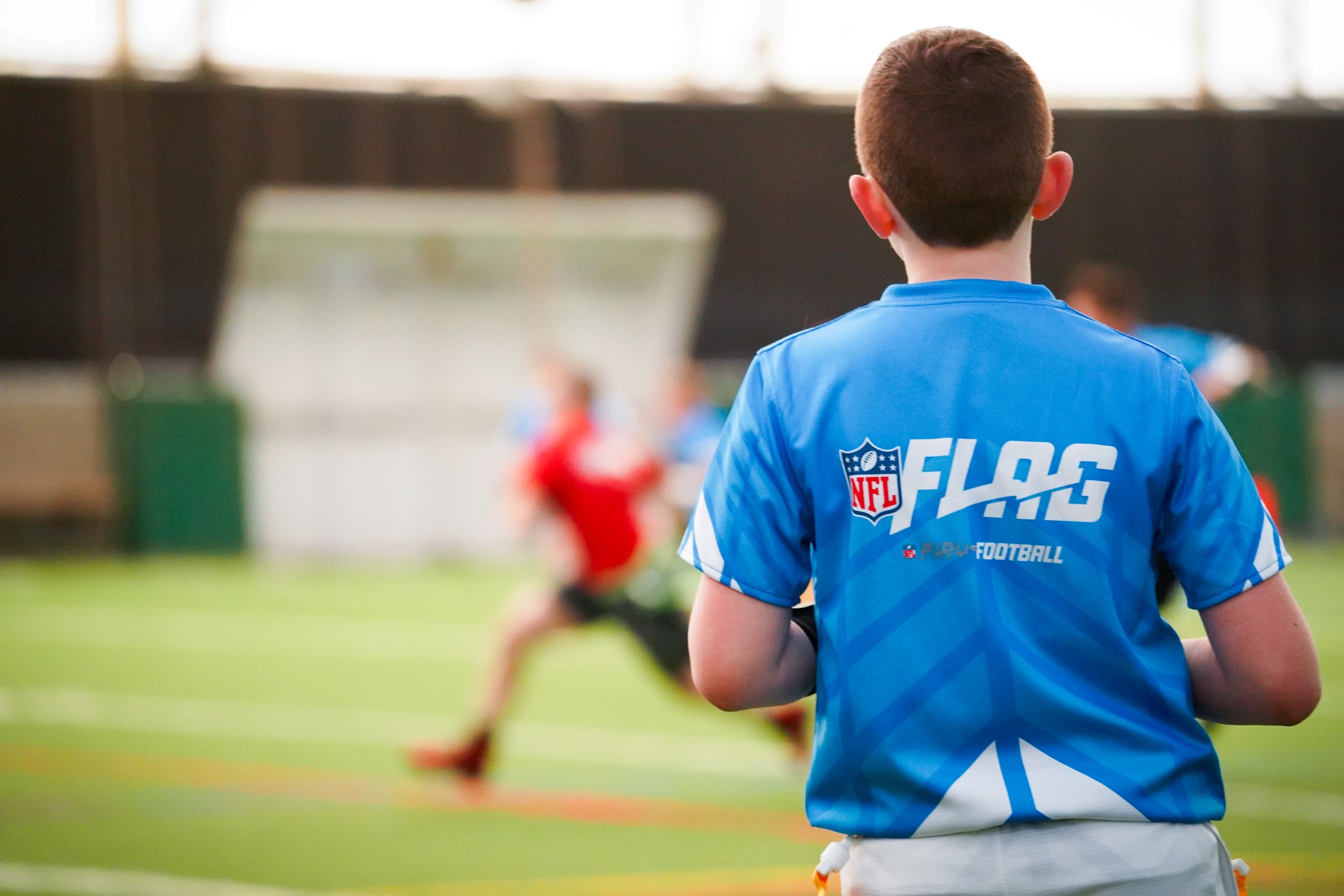 Spring registration is now open!
League & Clinic Q & A is below.
Links for Clinic/Draft/Combine Shcedule & Flag Information Sheet are below.

What is the preseaon clinic?  The clinic is an optional activity held 2 weeks before the combine/draft to help improve players skills and help them prepare for the combine.  The cost is $95. It is a total of six sessions and will focus on the following skills:

What is the combine/draft?  This event is where players are placed on teams. The combine has become a very popular event conducted by the Pro Elite Football Staff that is a lot of fun for both the players and parents. Players go through a series of football drills including: throwing, catching, running and flag pulling during the event.  The coaches will meet after the combine and draft their teams.  The coaches will contact the players that week and inform them what team they are on. ( if you child misses this, they will still be placed on a team by their name being drawn out of a hat at the end of the draft)

When are practices held?  Practices typically start a week after.  Each team is guaranteed a one practice per week.  If the head coach of the team decides to practice more than once a week, that is up to the coach.

When do games start?  The first games will start typically 10-12 after the combine/draft. Schedules are not done prior to this because we don’t know how many teams and kids we have until after the draft.

Can I volunteer?  If any parent would like to volunteer as a coach, please note the section on the registration form to volunteer. Your participation is greatly appreciated for a successful season for the kids.

How do I register for flag football league AND the clinic?