Our ultimate goal at Pro Elite Baseball is to see each player succeed and advance their career to the highest levels.  From college baseball, all the way to Major League Baseball, dozens of players have utilized our programs to get where they want to go. Who will be next?

New Martinsville native Justin Fox is a part of the off season baseball staff at Pro Performance. Justin was a standout at Magnolia High School before playing collegiate baseball for West Virginia University.

Fox played the 2015 season with the Rockford Aviators in the Frontier League and will play for the Washington Wild Things in 2016.

Justin works primarily with infielders and is available for lessons in the off season.

Fairmont native David Carpenter has been on staff as a baseball instructor at Pro Performance since the beginning. The former standout catcher at East Fairmont and West Virginia University is on staff until he leaves for Spring Training in February. Carpenter was a 12th round pick by the St. Louis Cardinals in 2006. He spent his first two professional seasons as a catcher before the Cardinals converted him into a pitcher.

In 2010 he was traded to the Houston Astros. A hard throwing relief pitcher, Carp pitched in the prestigious Arizona Fall League in 2010 and was added to the Astros 40 man roster shortly after. He made his Major League debut with the Astros in 2011. Carpenter spent the first half of 2012 with the Astros before being traded to the Toronto Blue Jays, he ended the season in the Toronto bullpen. In 2013, Carpenter was the set up man for the Atlanta Braves and posted an ERA under 2.00. Carpenter was traded to the New York Yankees before the start of the 2015 season and again to the Washington Nationals midway though the season.

Morgantown native Jedd Gyorko has went from growing up in the Pro Performance baseball program as a player to becoming one of its most popular instructors. Gyorko is currently with the St. Louis Cardinals after being the starting 2nd baseman for the San Diego Padres the previous 3 seasons.

He hit 23 home runs in his rookie season in 2013 after being selected in the 2nd round of the 2010 Major League Baseball Draft. He was the 59th overall pick. Gyorko was named San Diego’s minor league player of the year in both 2011 and 2012. Gyorko is arguably the best player to ever play at West Virginia University where he was a three time All American shortstop. In 2010 he was the recipient of the Brooks Wallace Award which recognizes college baseballs best shortstop. 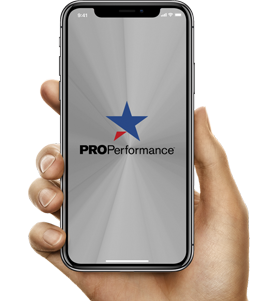